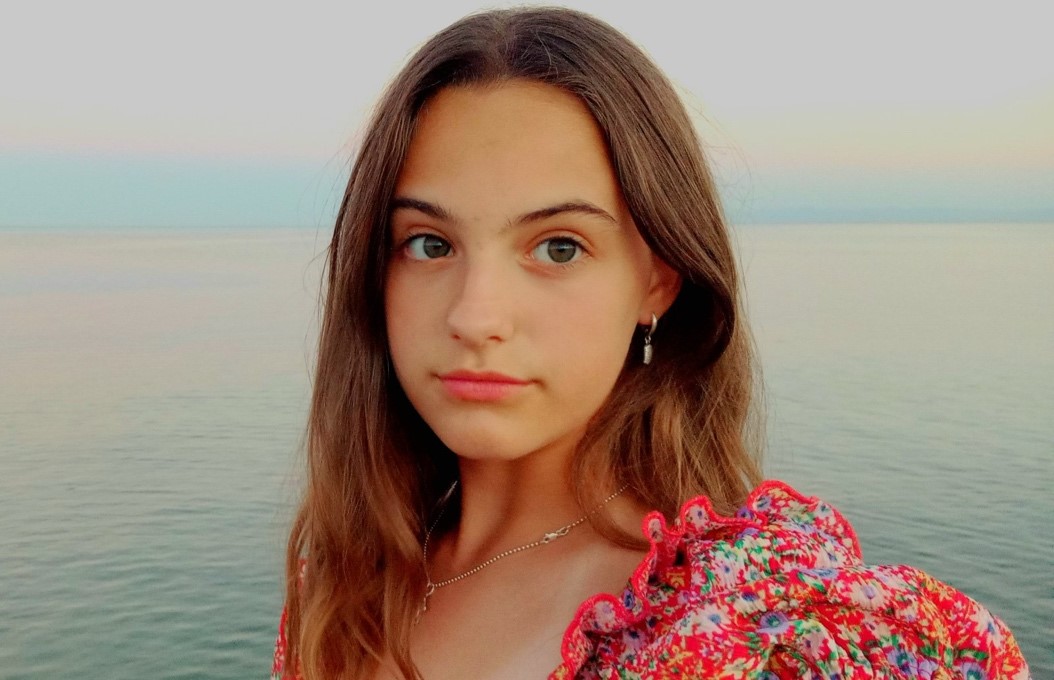 My name is Lena Radovanović. I started going to kindergarten “Različak” when I was 5 years old. Now I’m 12 years old and I finished the fifth grade of elementary school. I’ve also finished the third grade of music school, instrument – the violin. I’ve been doing folk dance for 7 years now.


I want to be on the jury for new experiences and friendship. I would like to see comical plays. 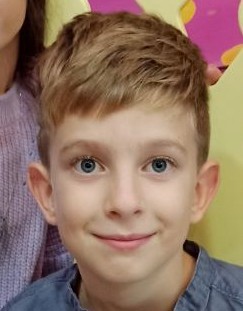 My name is Kolja Garamhedji. I just finished second grade of elementary school “Sveti Sava”. I train karate at the club “Kizami”. I have green belt. I go to music school and play the clarinet. I like best hanging out with my friends on the street, racing on a bike and going to the swimming pool. I love going to the seaside the most. When I grow up, I’d like to be a pilot of the biggest plane in the world or a scientist and study aliens.


I want to be on the jury because I like watching plays and talking about them with other kids on the jury. I was on the children’s jury twice already. I’d like to see interesting plays about animals and saving the planet.

Movement means changing the position of the body in relation to other bodies. I move when I walk, run, ride a bike because I’m going to play with friends or I’m going to grandma and grandpa, grams and gramps, everywhere. 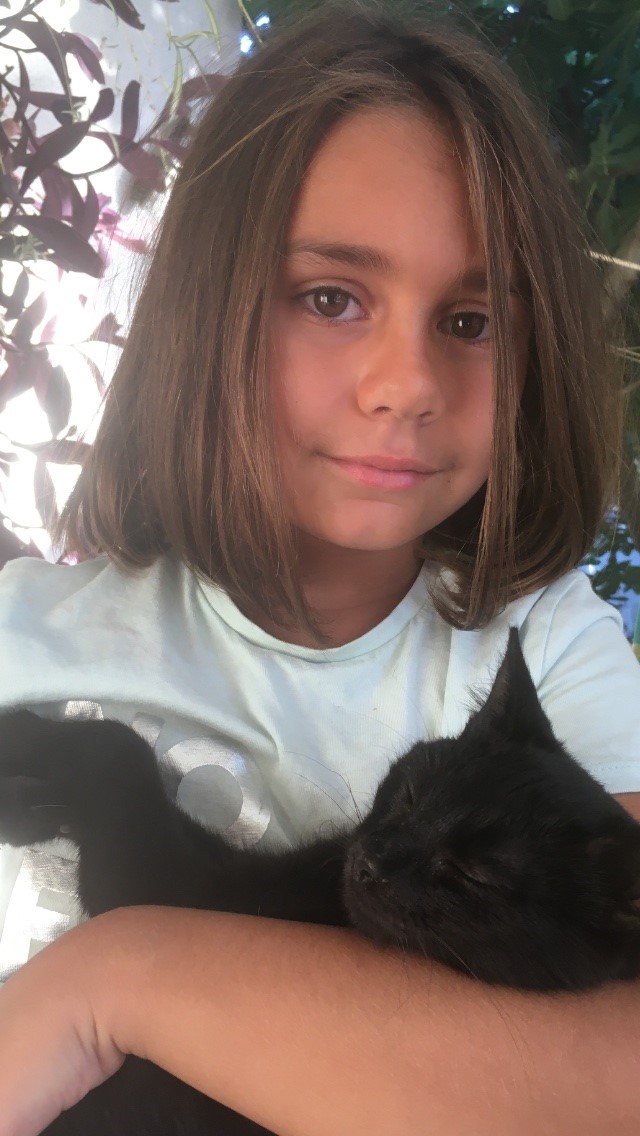 My name is Maša Radonić. I’m 8 years old and I finished first grade. I like school, I like going to the sea, and I also like coming back from the sea because that’s when FEP is. At FEP I hang out with friends, play, watch many plays, always have a nice lunch, we stay outside in the nature and enjoy. I can’t wait for it to start.


I want to be on the jury because I like watching and judging plays. I would like to see a play with unicorns and kitties and lots of children. Everyone should play, dance, dress up, put on bows, make pigtails. Around them moons, stars, suns, lollipops and candies are dancing.

Movement is when someone moves. When they walk, run, jump. Mom, how would those who don’t have legs move? Well, they could do so on hands, right? I move when I swim, jump, run. And we should move to be healthy. Then we get tired, so we sleep and wake up rested. 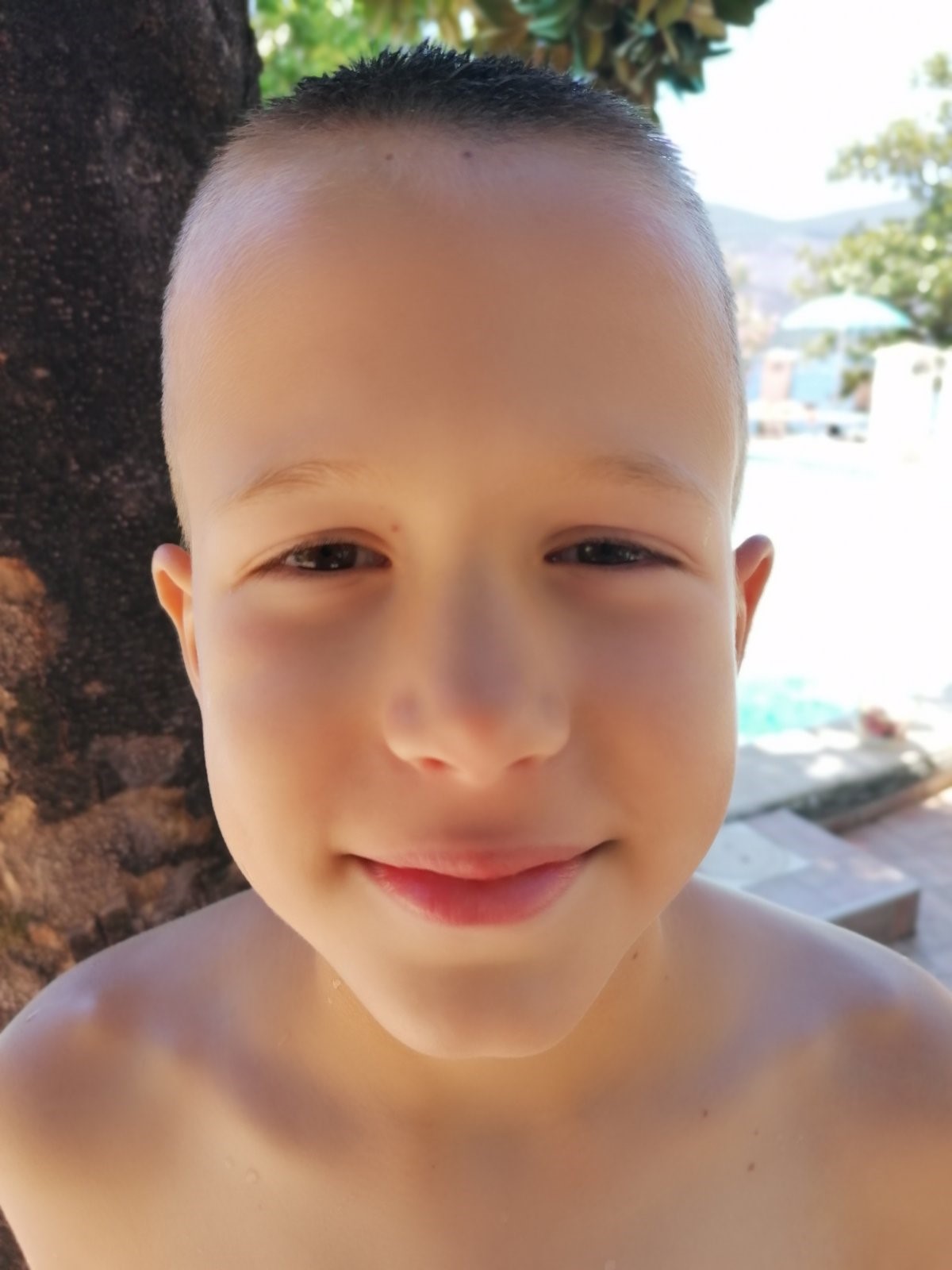 My name is Bogdan Jović, I was born in 2014 and I go to second grade at elementary school “Sveti Sava” in Bačka Palanka, and I also went to kindergarten “Različak”. I participated at FEP as a member of the children’s jury in 2019 and as a presenter in 2021.


I want to be on the jury because I like talking about plays that we watch and give my opinion about them. I want to see plays different from those usually done for children, but they shouldn’t be too difficult so we kids can understand them.

Movement means moving from one place to another, a trip. I move when I go to a summer vacation, to school, to sport practice. I move to move from a place, to get where I want to go to. 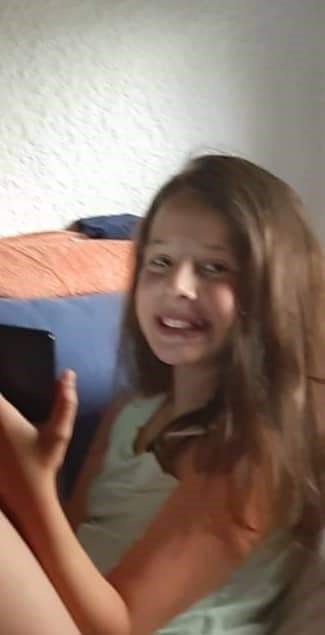 My name is Mila Majstorović Poljanski I go to elementary school “Desanka Maksimović”, next year I’ll be in fifth grade. I like to read a lot, listen to music, my favourite band is BTS. I train modern dance and go to painting classes. My town still doesn’t have a theatre, so my mom takes me to Novi Sad when I want to watch a play.


I want to be on the children’s jury because I really like plays, I’ve always loved FEP and I feel like I belong there. Every year we hang out and it’s always nice to see my teachers! I hope this year it will be nice, too! I would like to watch many plays with different themes: comedy, educative, those that engage audience, plays with many characters (characters shaped like people, animals and plants).

Movement presents specific moves made by living beings. Everything we do is movement, any type of moving the body. There are many types of movement: jumping, swimming, running, dancing… I have a feeling that I’m always moving, I move when I walk, run, play, ride a bike, swim… Even in sleep I make various movements that I can’t control 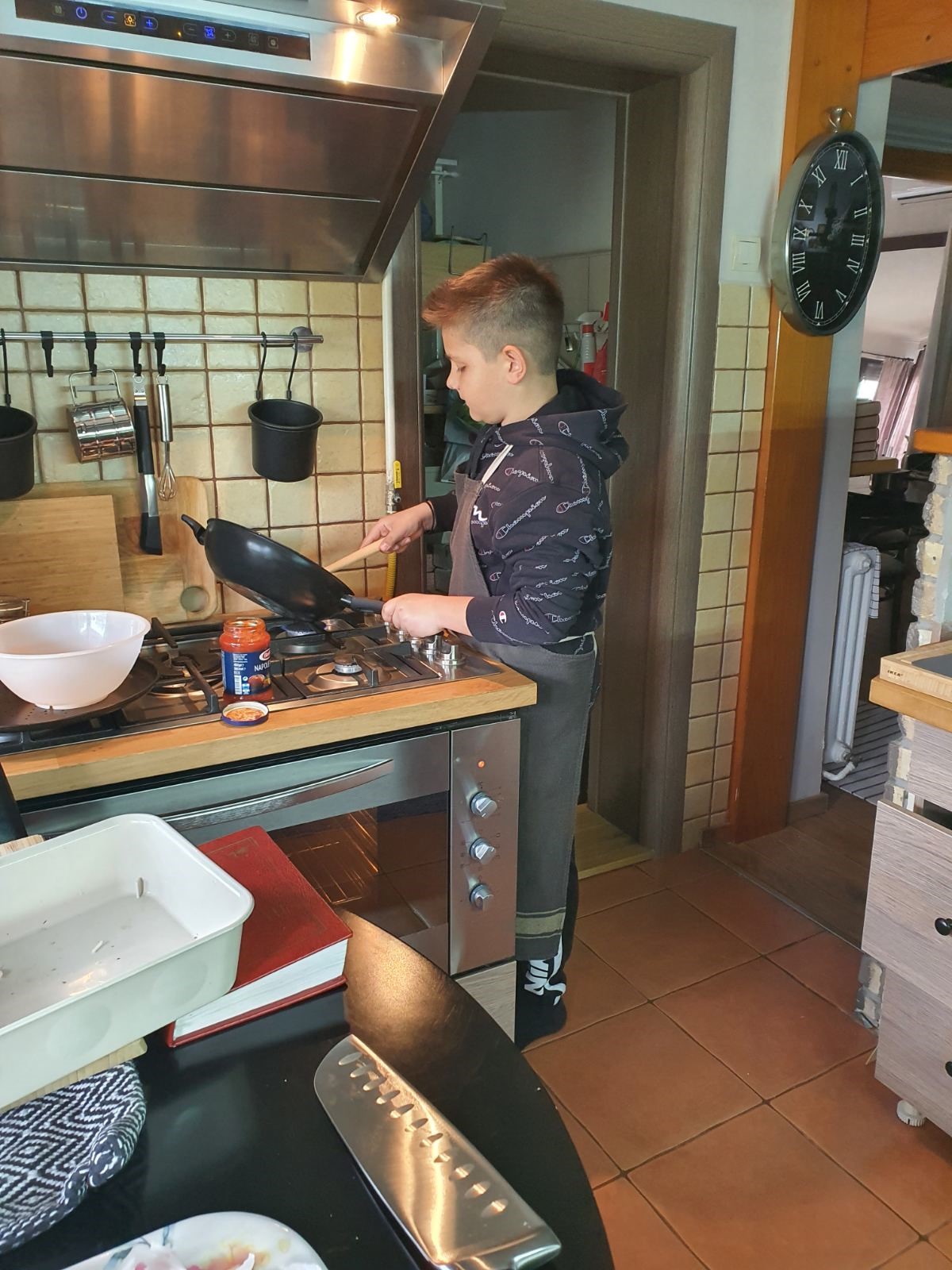 My name is Luka Milošev. I go to elementary school “Sveti Sava”. I train basketball in “Feniks”. I have brother Vuk, mom Danijela and dad Aleksandar. When I grow up, I want to be a cook. I can speak English. I like swimming in the pool and playing piano.


I want to be on the jury because it’s very nice while I’m watching all those plays. I laugh, enjoy… I want to see a comedy and a play with animals.

Movement is when you move all the time and don’t stand in place. I move when I need to go somewhere or grab something. 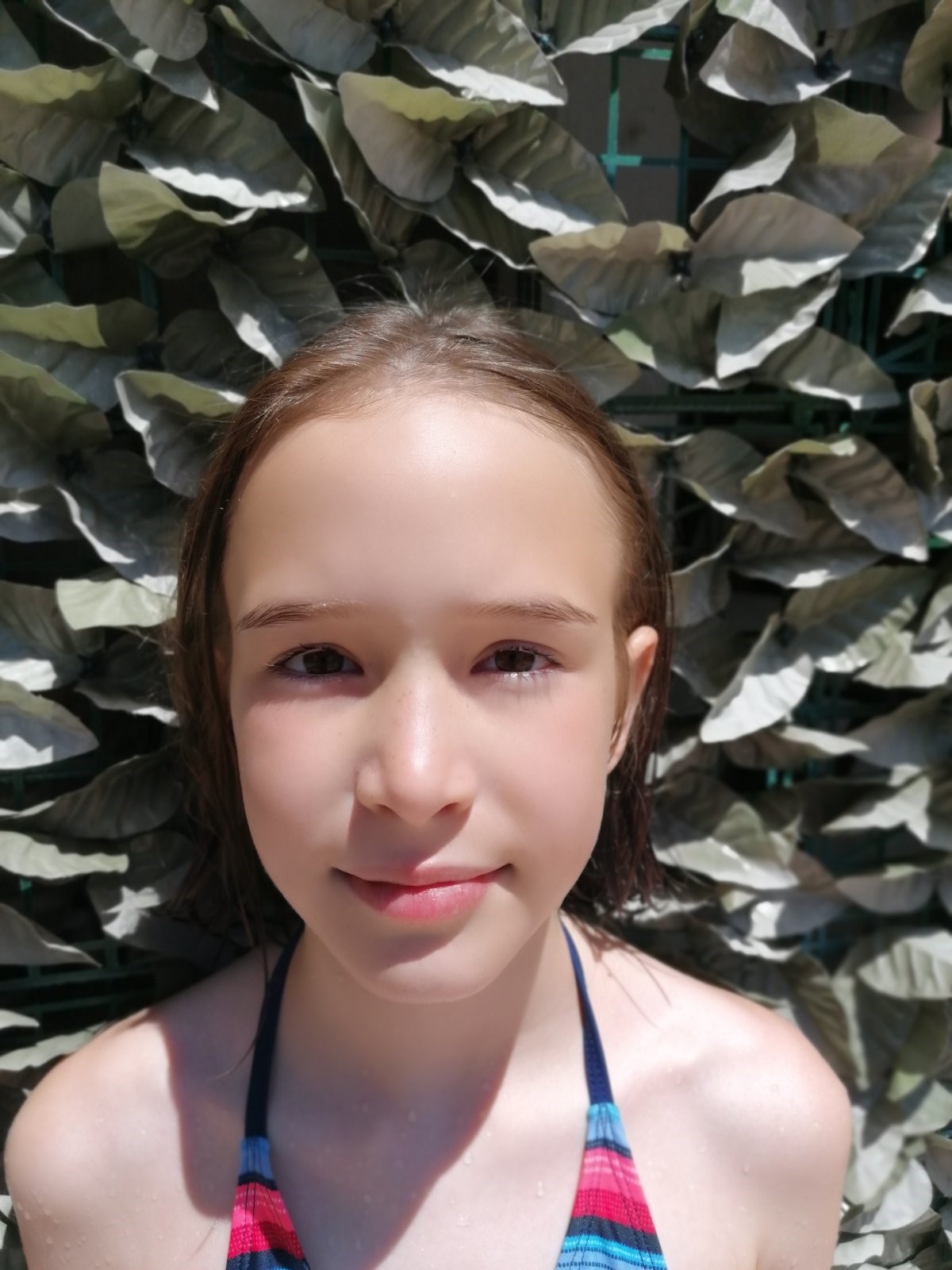 My name is Aleksandra Jović. I was born in 2012 and I go to fourth grade at elementary school “Sveti Sava” in Bačka Palanka. I went to kindergarten “Različak”. At FEP I participated as a member of the children’s jury and a presenter of FEP’s “Dnevnik”.


When I’m on the jury I can watch all plays, have fun and we can decide together which plays are the best. I want to watch comedy plays and a few serious ones.

Movement is changing the position of the body in relation to the body that’s not moving. I move all the time. Mostly because of playing, but also because I can’t live any other way. I’m restless by nature, movement is in my blood.

Danilo Milovanović is an actor at Youth Theatre in Novi Sad.
He finished acting at the Academy of Arts in Novi Sad, in class of professors Nikita Milivojević and Boris Liješević. Throughout his career, he has cooperated with the National Theatre of Timočka Krajina “Zoran Radmilović”, Istrian National Theatre in Pula, theatre “Pinokio”, and Serbian National Theatre. At Youth Theatre he acts in plays “Hair”, “39 Steps”, “Children of A Clockwork Orange”, “The Three Musketeers”, “Kad sam bio garav” (When I was sooty), “Eugene Onegin”, “The Little Match Girl”, “Razgovori u četiri oka” (Talks under four eyes) and many other. At the Serbian National Theatre he acts in plays “The Heavenly Squad”, “Rosenkranz and Gildenstern are Dead” and “Amateurs”. Besides theatre, he has acted in several fiction and documentary movies and series, such as “Blok 27”, “Pond”, “Drava se ne predaje” (Drava doesn’t surrender), “Veliki podsetnik” (The big reminder), etc. He received the Award for the Best Young Actor at the 46th Days of Comedy in Jagodina. Danilo is a singer in the band Šlagvort and is a big fan of Finnish bowling type of game – mölkky. 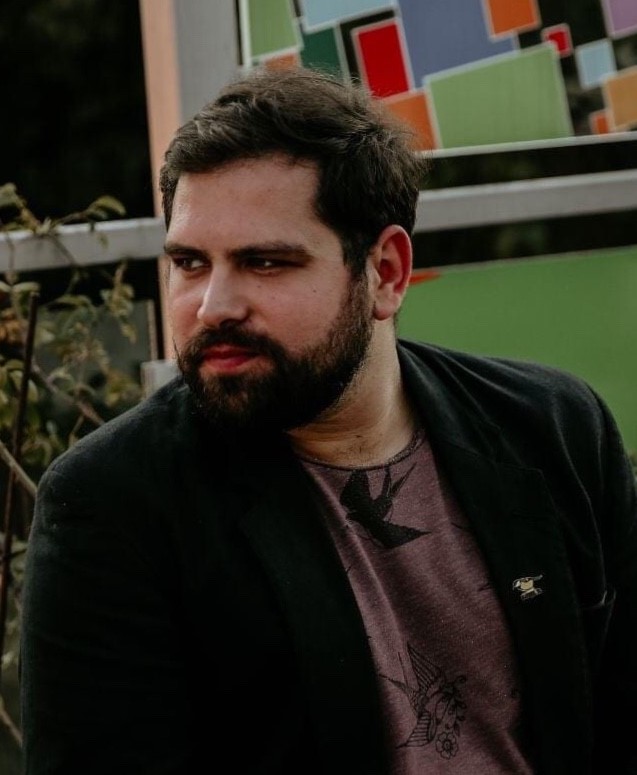