MOVEMENT of children in migration, wars and other crisis situations

Movements, escaping and house moving, first of all of children, but also of women and men, are always emotionally draining and full of obstacles, and everything becomes incomparably more difficult with additional pressures of war, poverty or cultural differences. Through talk with expert individuals who have been working with children on the move for many years, we will hear experiences, become more familiar with rights, recognise our preconceived notions and understand their situation better. Together we will learn how each one of us can help and, most importantly, not to judge.

Between the two parts of this talk, we will watch a short movie “Osvajanje slobode” (Winning freedom) produced by citizens’ association “Atina” that has been combatting human trafficking and all forms of gender-based violence for decades, and three years ago they supported the founding of Advocacy group of women with experience of violence from migrant or refugee population. You will have the opportunity to hear tales of discrimination, but also courage, pride, changes, from themselves.

Katya is one of the girls who found their peace and better life in Serbia. Today she is a student at the University of Belgrade, while yesterday she was a girl refugee who began a journey with her mother. The story about winning freedom is a tale about strength, persistence and achieving one’s dreams, this is a story about girls from around the world who have been fighting every day to win freedom not guaranteed to them by birth. In October 2021, the citizens’ association “Atina”, together with the Save the Children Office for North West Balkans, and with the support of Save the Children Sweden, started the project “Pippi of Today”, offering support to the brave girls on the move on the territory of the Republic of Serbia. The movie about winning freedom was created within this project.

Panelists:
Tatjana Ristić, Save the Children 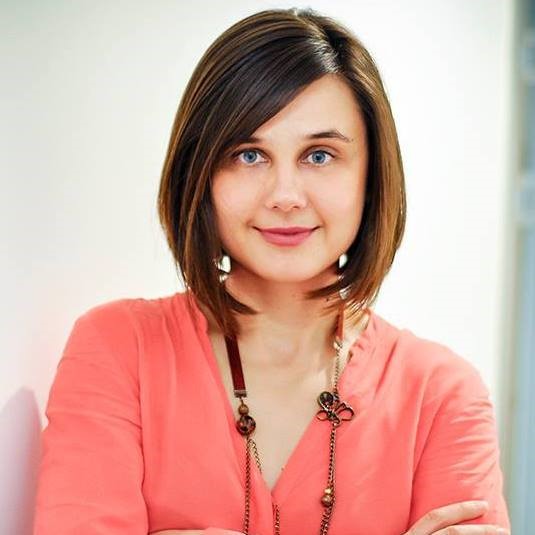 After working in publishing, public relations, marketing and project management in fields of education, movie and culture she joined the organisation Save the Children in 2016 at the height of the refugee crisis doing communication in a humanitarian context. With the change in situation and programme – from humanitarian response dealing with direct necessities of children and families at risk who travel down the Balkan route to a programme that deals with long-term crisis in connection to the migrations on the Balkans – so did her role change. She is currently working as a specialist for campaigns and advocacy at the Save the Children Office for North West Balkans and is focused on increasing visibility of children on the move on the Balkans and advocating their rights. 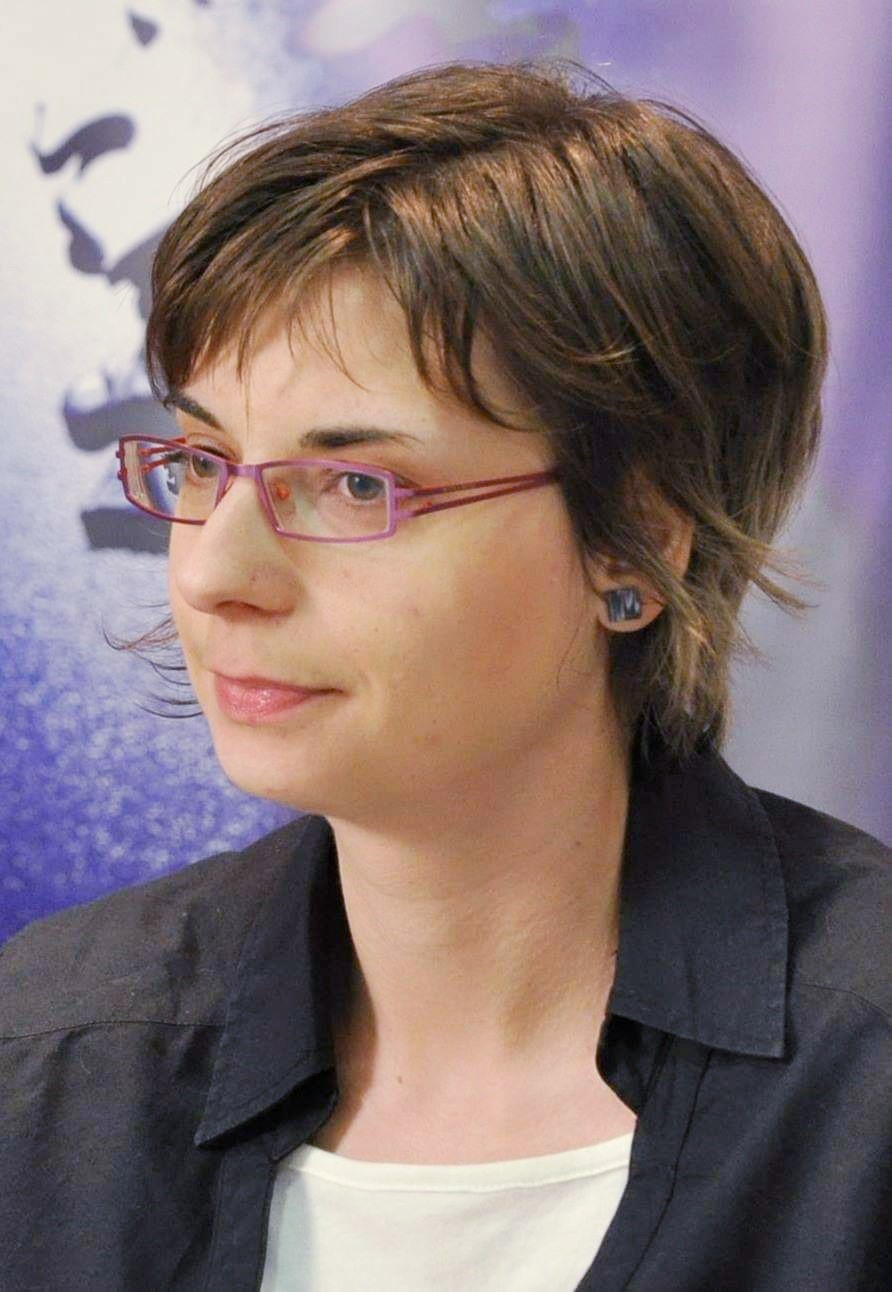 Maša Avramović is a pedagogue by vocation. She completed her pedagogy studies at the Faculty of Philosophy in Belgrade as the best student of generation, believing in pedagogy as an interplay of science and art of upbringing and education aimed at creative growth and development. She is currently working on a PhD dissertation at the Södertörn University in Sweden, in which she has been developing the concept of “pedagogy of liveliness” and is searching for questions through which children and adults together explore the world and their place in it. Besides this, she is currently in the process of education to become a child psychotherapist.

She is the founder of “Centar za razvoj kulture dečjih prava” (Centre for Developing the Culture of Children’s Rights) within which she develops educational programmes in the field of child protection in schools and kindergartens, as well as culture institutions and local communities. She is a children’s rights activist.

She is particularly dedicated to the researching the perspectives of children going through hard living experiences, as well as developing participative programmes of support for children. She has developed a methodology for research with children on the move, as well as programmes of psychosocial support to this group of children – “Igralište u koferu” (Playground in a suitcase) and “Kutije čudesnog” (The box of wonder). These programmes can be effectuated in refugee camps, day centres, local communities and other contexts children on the move may find themselves in.

She believes that experiences and perspectives of children are a valuable road sign for discovering their life potentials, as well as vulnerability for which it is important that supports systems have an adequate response. 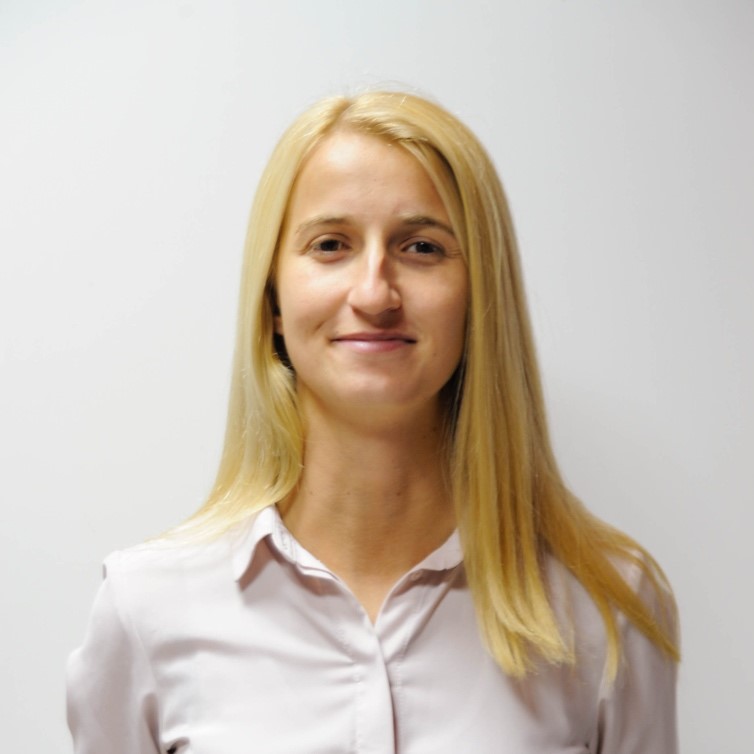 She completed her studies in Arabic language, literature and culture at the Faculty of Philology. She has been working at Info Park since 2015, being engaged on different tasks, from volunteering, field work, to tasks on child protection. She has experience in offering logistic help to refugees and migrants in Serbia, cultural mediation, identifying vulnerable cases and referring them to specialised organisations and institutions. She has worked as a cultural mediator for Arabic language and has participated in creating curriculum for field workers’ training “Rodno zasnovano nasilje i zaštita dece” (Gender-based violence and child protection). Since 2019 she has been working as a protection officer and specialist for protection of unchaperoned children, which entails case management, identifying vulnerable cases and further referral. She is a coordinator of educational programmes and programmes for empowering boys adolescents from refugee population. 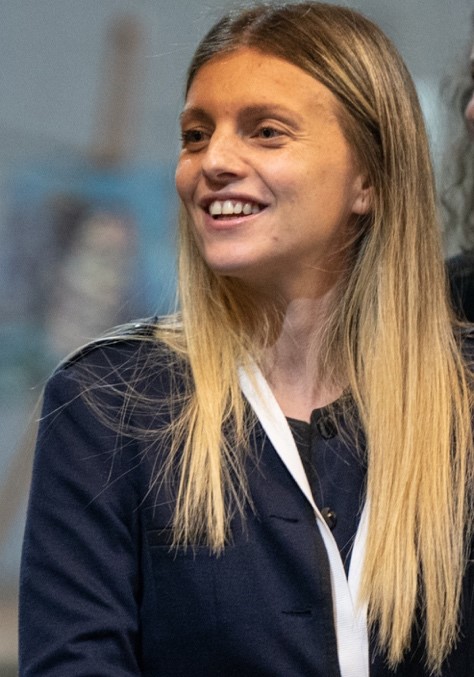 She has years-long experience in direct work with girls and women victims of human trafficking and youth at risk. Today she works as a programme coordinator in the team for support on field, in scope of Atina’s programme of direct support to women victims of human trafficking and gender-based violence. This but one of the things she is doing. Another very important thing she is doing is facilitating the work of the Advocacy group working on advocating improvements of the support system, changes of bad policies and even more dangerous practices in direct work with women and girls. She describes herself as an activist, fighter for women’s human rights and world of equal opportunities. She adds No Pasaran because that is how much we owe to the children and youth.

Members of Advocacy group “Women on the way” from Iran, Nigeria and Chechnya 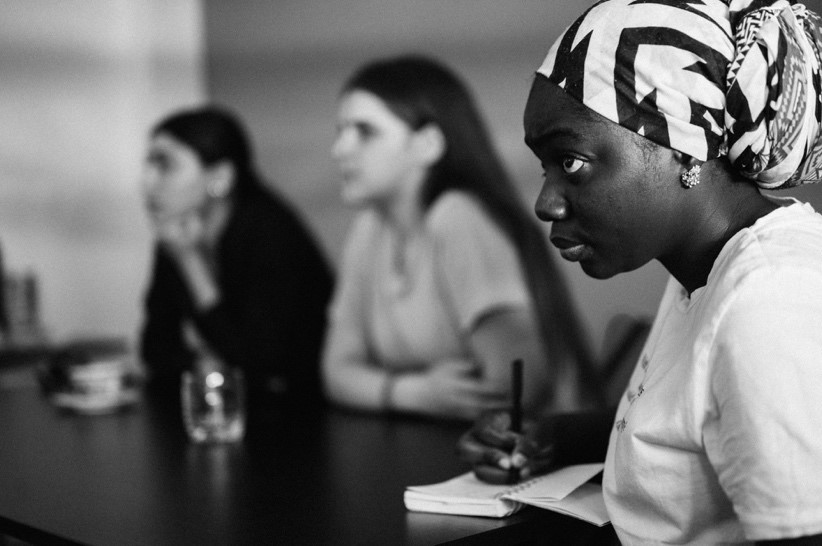 Advocacy group “Women on the way” was formed in 2019 with the support of “Atina” association within the support programme “Atina” has been implementing for and with women and girls from refugee and migrant population. Members of the group are women who left their countries of origin and now live, work and continue their life in Serbia. Recognising that experience of every woman and girl is unique and authentic, and that the Advocacy group is a place to unite experiences and fully participate in creating responses to the challenges migrations pose for women, we believe that this is a unique opportunity for you to hear about their experiences and share knowledge. 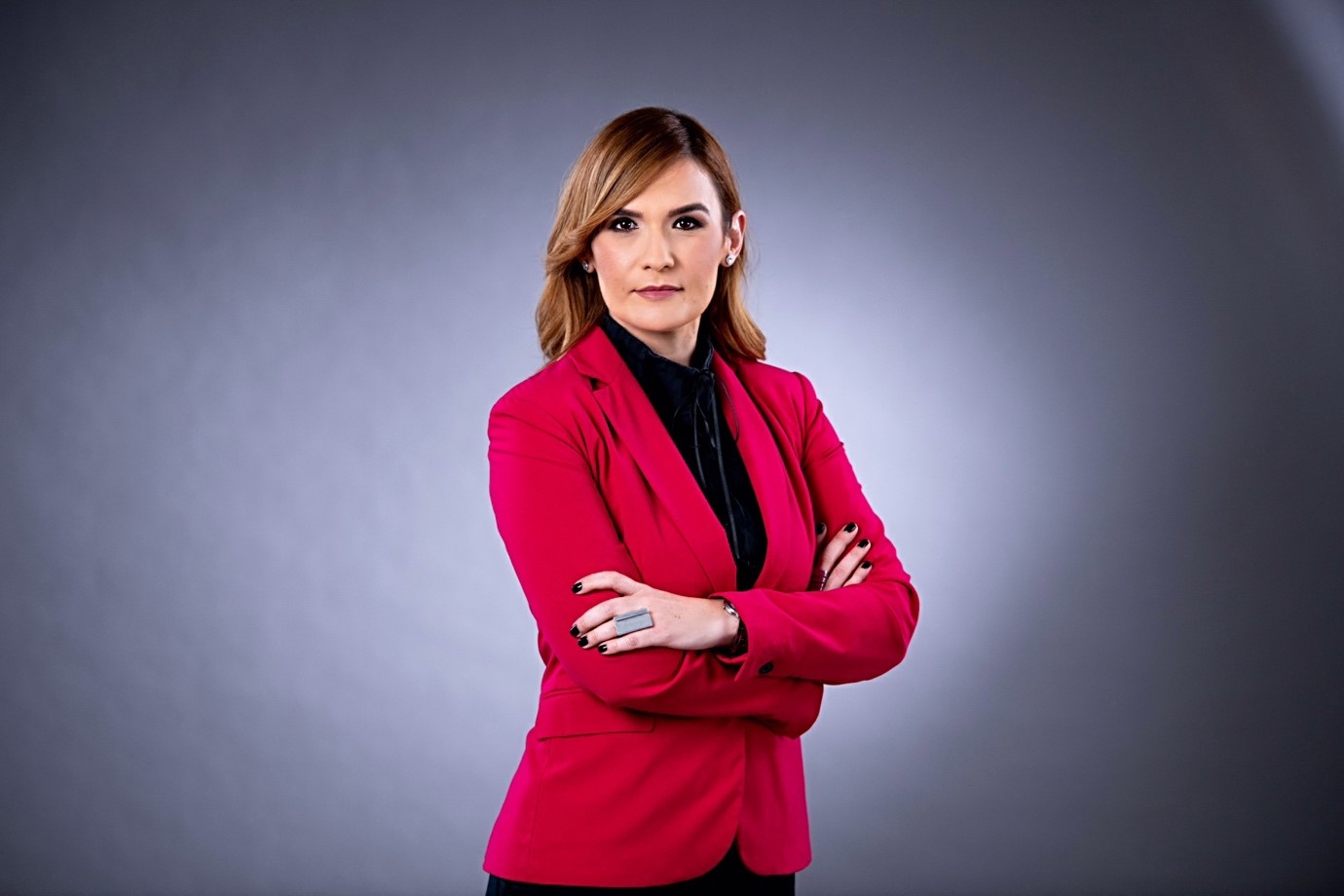 Last-year winner of one of the awards for tolerance, which is awarded every year by the Office of the Commissioner for Protection of Equality.

She is recognised mostly as the reporter who, among other things, reported from the Romania-Ukraine border during the still ongoing Ukrainian crisis – war in Ukraine, and from last-year’s Pride parade when she was surrounded by rightist groups and prevented from reporting. Vanja was also one of the reporters at the July protests in Belgrade in 2020, when not even journalists were spared from tear gas and risk of being injured.

Before coming to N1, as a part of the Radio-television of Vojvodina team, she followed up on the migrant crisis in the region in 2015 and reported about protest in North Macedonia, as well as about the terrorist attack in Kumanovo.

For her coverage from Srebrenica about the 20 years since the crime took place there, she won the European award CIRCOM. She is the author and co-author of movies “Amin za zločin” (Amen to crime), “Ničiji” (Nobody’s), and “Albanke su naše sestre” (Albanian women are our sisters).

She collaborated with editorial offices of BIRN - Balkan Insight.