MOVEMENT: WHERE IS THEATRE FOR CHILDREN AND YOUTH GOING?

Collective festival experience, as every other collective experience, has the power to have real and long-term effects on community. For the festival ardour and elan to be formulated and direct thoughts of participants towards positive changes in the theatre world, we have formulated three topics for discussion. The talks are being carried out within the scopes of the international project “Tickle tickle” with the support of the French Institute in Serbia and the regional team for stage arts “Teatroskop”, whose founders are the French Institute, the Ministry of Culture of France and the Ministry for Europe and Foreign Affairs of France. 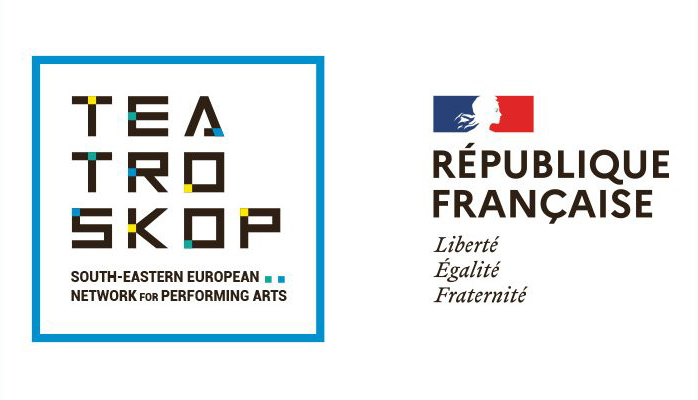 
Regardless of how the theatre workers treat the label “engaged” in theatre, in this round table it should be understood as the ability of a theatre play to change the world. What is the range of changes theatre can start, must theatre change as well to succeed in encouraging change…? And, by the way, is not every change precisely a movement? Since there is an understanding among theatre workers that theatre brings changes at least on an individual level, and the question of theatre’s power is rarely raised among those who believe in it, this round table got the green light from a wider community.


Unfortunately, in a great number of cases red light will await many attempts to stage taboo topics in theatre for children and youth. Paradoxically, it is precisely these topics that theatre may be able to communicate to young people in the best way – directly, yet subtly, emphatically and intelligently. Death, addiction diseases, neglect, violence… to a lesser or a greater degree, they are a part of all of our lives and as such they represent a great source of fear and discomfort. Can theatre help in overcoming this fear, in searching for inner strength, in building one’s own identity on notions opposite to violence? Modern theatre also often falls into the trap of limiting identity to the “default” view of the world of a white, heterosexual man/boy. This POV is by default and wishes to present itself as universal even though that is not the case for more than 50% of theatre audience (for starters: girls). The way that inner life of girls is presented is very problematic, although there have been improvements on this issue. Body and sexuality are still being pushed to the side (let’s just ask ourselves how many plays for young people even mention menstruation!). Additionally, a very small number of plays has been brave enough to focus on other identity traits such as homosexuality or belonging to ‘other’ rases or nationalities. All this is a part of large corpus of taboo topics that enter the world of theatre for children and youth only by the back door, using hidden passages, oftentimes through independent troupes and ventures.

Talks are moderated by
MARIJA BACKOVIĆ

Born in 1989 in Titograd. Lives and creates in Podgorica. Together with a group of enthusiasts she has been trying to fill in the empty space around young people and within them since 2009. Has been managing Drama studio “Prazan prostor” (Empty space) since 2015. She grew professionally with “Kotorski festival pozorišta za djecu” (Kotor Festival of Theater for Children) – from issuing tickets to the editing team. She has left her soul at “Kotorski festival pozorišta za djecu” so she is visiting other festivals only with her heart. She works as an assistant director exclusively in intensive processes. She produces only impossible projects and is a psychologist by profession. She is one of the founders of the regional platform “Od malih nogu” (From childhood). She is aware she cannot change the world, but she can change lives of some children. Isn’t that enough?

PRESENTATION OF WORLD CONFERENCE OF THEATRE FOR CHILDREN AND YOUTH 2023

ASSITEJ Serbia is a national association of theatre for children and youth that gathers national theatre institutions, independent theatre troupes, as well as artists and individual experts active in this field, and it has been registered as a professional association.

World conference of theatre for children and youth Assitej Artistic Gathering is is the biggest global event in this field, which is held every year in a different city of the world, and whose hosts will be Belgrade and Novi Sad from 20th to 24th November 2023. This is the first time that such an important global event is happening in the Balkans, which is why the focus of the World conference in Serbia will be geographically on the entire region, while thematically it will focus on new technologies, children’s rights and ecological changes. At this presentation you will hear more about the contribution such an event will give to the domestic theatre scene and its artists.