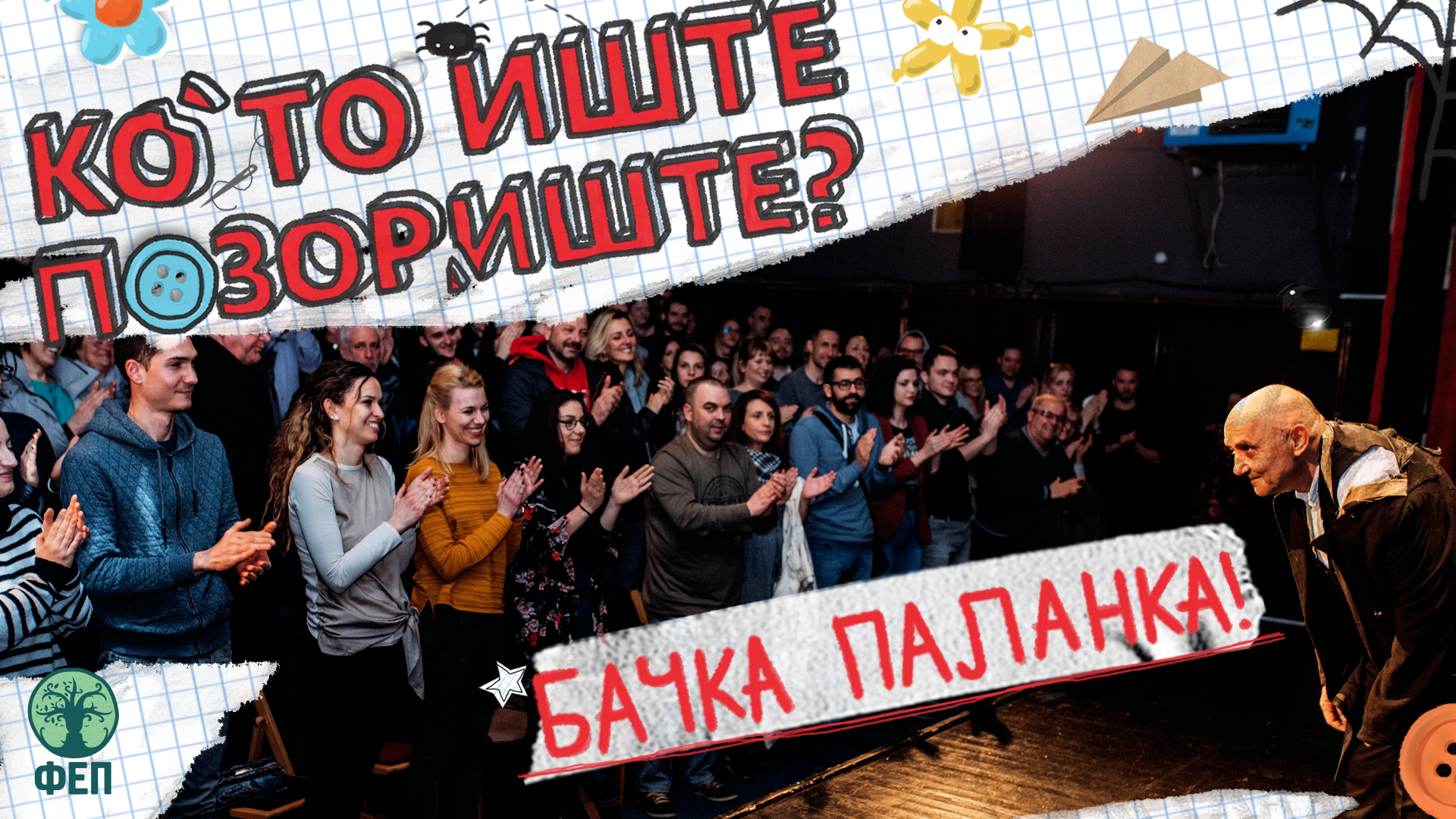 Regarding the World Theatre Day on March 27, the Festival of ecological theater for children and youth organized a manifestation called „Who yearns the theater“, with the goal to draw attention on this important day to a crucial problem which the culture in Bačka Palanka is faced with.

The manifestation was opened by actress Smiljana Marinković, who read Simon McBurney’s (actor, writer, director and co-founder of „Théâtre de Complicité“ theater) message which he wrote in regards to the World Theatre Day. You can read the entire message HERE. Every year, one of the prominent drama artists writes a message on the World Theatre Day, which is then read in theaters across the world. Smiljana pointed out the fact that, sadly, in her hometown, she had to read that message in a - movie theater.

The audience of Bačka Palanka eagerly waited for the play called „Our days“ to start, which was performed by Radoslav Milenković in front of the full auditorium of the town movie theater. As the play itself tackles the problems of today’s society, as well as the lack of cultural elements in general, so it served as an excellent introduction for the panel discussion which was held shortly after the play.

A discussion called „Theater in my town“ was opened by journalist Sanja Kljajić. She pointed out the fact that even though Bačka Palanka doesn’t have a theater, it has still managed to develop young professionals, drama artists and theater fans, all thanks to the Festival of ecological theater for children and youth. Actor Radoslav Milenković talked about how important it is to have a theater as an institution in all environments:

„I deeply believe that theater is indestructible, as it has been for thousands of years now. It exists as a place where important stories are told, and it has an important function in all periods of time. It is our responsibility to leave a trace of our time as a gift. Theater doesn’t exist in a materialized form, but it does remain as a picture of our world and society. It exists in order to teach us, to purify our emotions, it freshens us and releases the burden of mortality. Through many years of work, I had the opportunity to meet with many theaters in small communities across Europe. In their example, we can see that the theater is necessary and sustainable. As any school has its staff of teachers and professors, as any gallery and museum have its curators, so the theater must have its own staff, and jobs in cultural departments are necessary and realistic“ Rale said. He also added that the absence of the need for theater is worrying. Although the institution itself doesn’t exist, the need for the theater, as well as for drama creativity certainly does. This fact was pointed out by graduate actor Smiljana Marinković:

„As a child, I didn’t have the opportunity to watch theater plays. Thanks to FEP, we lived in the theater for those four days every year. Now, the Cultural center and the Municipality made an initiative to bring theater plays to our town, but back when I was deciding about my future, the ones responsible to give their citizens what they need didn’t have that kind of initiative. I needed the theater in order for my career to come true and fortunately, I’ve found it in Banja Luka. Still, I had to go far away from my hometown. I always come back though, in order to support the Festival and other kinds of initiatives to improve the culture in Bačka Palanka. There’s no sense in discussing about whether someone needs a theater. Everyone needs a theater but firstly, we all must discuss about what we need to do in order to create one“, Smiljana said.

Head of the Department for Social Activities of the Municipality of Bačka Palanka Miroslava Šolaja said that once upon a time Bačka Palanka had its own theater. She also added that even though there isn’t one today, there is still a quality cultural offer in our town. However, a concrete solution regarding our next steps in solving the issue of the unfinished theater building – wasn’t given to us:

„The initiative to build a new theater at the same location where the old one was existed in the 90s, and we all eagerly waited for it to be constructed. Currently, there is a court dispute over the unfinished theater building, as well as over all surrounding buildings“, Šolaja said.

The fact that the contractor announced that the building is currently being sold at the price of 800 thousand euros contradicts the fact that there’s an ongoing court dispute. People from the audience also joined the discussion, revealing that the first degree verdict was pronounced some time ago, however, Šolaja didn’t have anything to say about this statement.

Regardless of the court dispute over the unfinished theater building, it is still possible to find the means to create something new. To support this, FEP’s director Sonja Petrović mentioned the last year’s project called „Cities in Focus“:

„Last year, I’ve suggested that the Festival and the Municipality write a project together in order to apply for funds. A workgroup of representatives of different cultural institutions in Bačka Palanka was formed. Members of the group had a meeting together – for the first time ever. What we all agreed on is that the first and most basic issue is the absence of a cultural institution as a bearer of cultural change, specifically, a locality that would serve the culture“, Sonja said and added that the project’s main idea was to build a cultural center.

Since there is a building of the museum, which can be reconstructed and sanitized, the Municipality received funds in the amount of 32 million dinars for the realization of the project. However, even though there was a possibility to adapt the museum’s building, that place will remain to serve as a PE hall as a part of the Elementary school „Sveti Sava“ (as by the Municipality’s decision), regardless of the fact that the project was financed by the Ministry of Culture.

Director of Cultural center of Bačka Palanka Marko Knežić said that the funds received from the Republic are sufficient only for a part of the works: „The Municipality added additional funds in the amount of 17 million dinars. The main problem is that the museum building wasn’t maintained, as previous works were done more than 40 years ago. The hall in that building is used for conducting PE classes of the Elementary school ’Sveti Sava’. The school doesn’t have its own hall, so the decision was made to let the school use that space, since they needed it more than others did“, Knežić said. He added that, regardless of Bačka Palanka not having a theater, it still has a theater program – Theater spring, Theater autumn as well as people doing amateur theater.

Smiljana Marinković drew attention to the fact that we have to think about the professional theater, too:

„We also have to consider the quality of content that is presented here (in Bačka Palanka). Due to technical impossibility, it is not possible to perform any plays here which would allow us to say that we really did something significant“, Smiljana said.

Director of the Cultural center said that there is a plan to adapt and improve the movie theater hall in order to make the performance of professional theater plays possible. In his opinion, investing in that space is the most realistic idea. Director of FEP Sonja Petrović disagreed with his statement:

„We can’t keep naming things by using inaccurate terms. If something is a movie theater hall, it can not be a theater also. One hall can’t serve more than one purpose. The theater can’t stand that, it doesn’t stand making compromises. We are ready to put in our time and energy in order to create something that is more than needed, but you (officials) don’t have enough understanding for us nor for the needs of our citizens“,, Sonja said.

We’ve also discussed about the topic of municipality’s funding programs, their rules and the allocation of funds. However, as Knežić and Šolaja said many times during the discussion that they do not have the competence to solve these problems, so again – no answers were given to us.

A large number of young people from the audience have strongly reacted to what they’ve heard. Many ot them expressed their opinions, saying how they’ve had enough of listening to empty promises and officials telling stories that they’ve memorized in advance. The audience came to one conclusion – wrong people are sitting in the chairs of institutions responsible for our town’s prosperity, since they aren’t able to give concrete and satisfying answers to our questions. Everyone’s suggestion was not to talk about the old theater building anymore, since it never was a theater, nor it will ever be. There is a need to invest in a new project, a new location, but apparently the officials responsible for the realization of this potential project have no desire to do so.

At the end of the discussion, director of FEP Sonja Petrović made a conclusion that we should first start talking about this issue, and that everyone should sit at their homes and ask themselves – what can we do next. „Who yearns the theater“ showed us that Bačka Palanka certainly does – its citizens, to be more precise. But, without the support of people sitting in chairs of the Municipality’s building, it will all remain as an imaginary wish of enthusiasts and young professionals. You can read more about the event here: 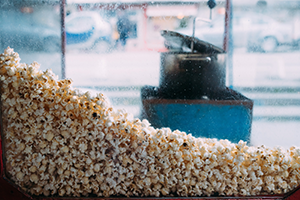 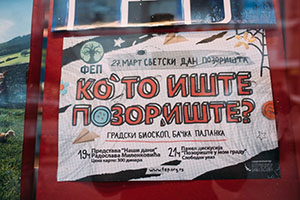 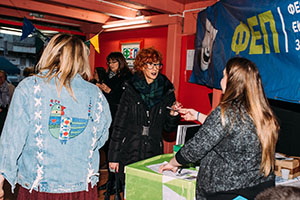 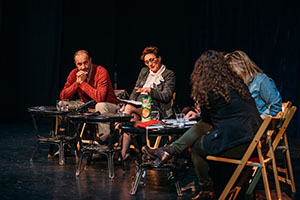 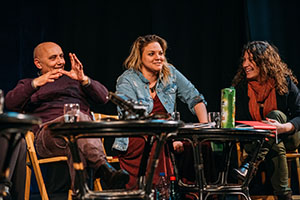 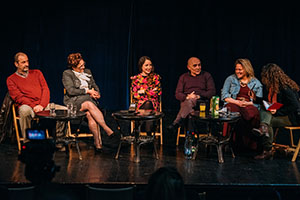 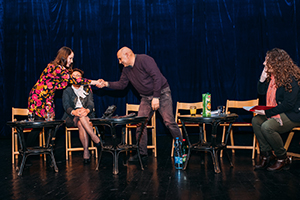 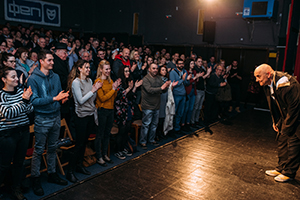 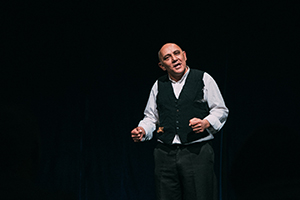